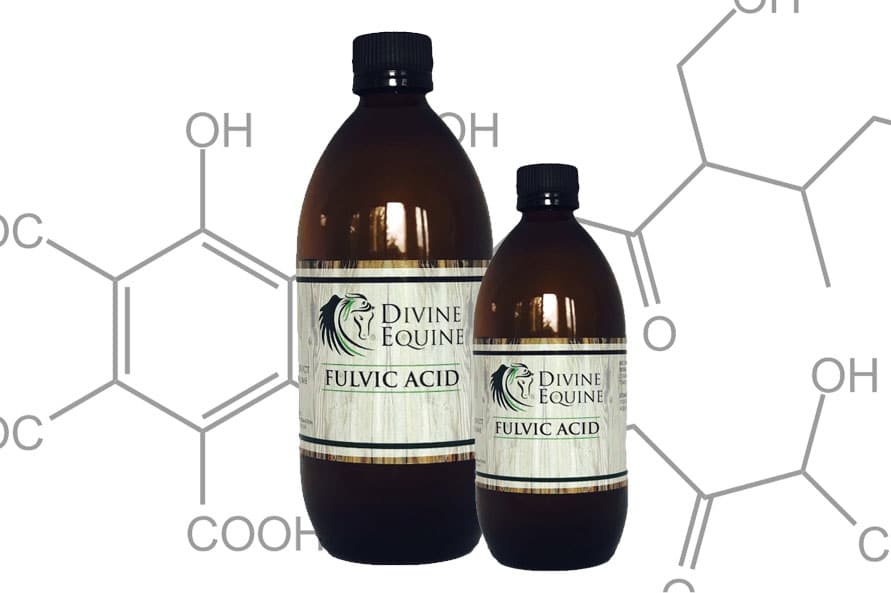 What is Fulvic Acid

Fulvic acid is a part of the humic structure in rich composting soil. It is an acid created in extremely small amounts by the action of millions of beneficial microbes, working on decaying plant matter in a soil environment with adequate oxygen. It is of low molecular weight and is biologically very active”.

“Fulvic acid usually carries 70 or more minerals and trace elements as part of its molecular complexes. These are then in ideal natural form to be absorbed by plant roots and interact with living cells. Plants readily absorb high amounts of fulvic acid, and maintain it in their structure”.

‘Genuine’ Plant Derived Humic and Fulvic Minerals are a highly purified water extract of 100% ORGANIC origin, and have been thought to reside on the far acid side of the pH scale. This has changed due to a propriety and patented organic extraction process which renders the extracts in an alkaline state.

Fulvic Acid Minerals Information
Fulvic acid, origin and overview
In the beginning the Earth was blessed with optimum organic growing conditions. The soil had a wealth of minerals, trace elements, and rich humus soil teaming with microbes. The Earth’s minerals had not yet leached and eroded into the seas, and because of that, the soil was exceptionally fertile. The vegetation was very lush and abundant, as is evidenced by ancient remains that we know were formed into coal and oil deposits.

Humic deposits
But there have been found other most unusual remains that geologists call humic deposits. They also came from that ancient lush vegetation. These humic deposits never did turn into oil or coal. They are quite rare and can be found in various areas of the world. Some of these deposits are exceedingly rich in a little known substance called fulvic acid.

Fulvic acid
Fulvic acid has been discovered to be one of the most important miracles of life itself. Fulvic acid is a part of the humic structure in rich composting soil. It is an acid created in extremely small amounts by the action of millions of beneficial microbes, working on decaying plant matter in a soil environment with adequate oxygen. It is of low molecular weight and is biologically very active. Because of its low molecular weight, it has the necessity and ability to readily bond minerals and elements into its molecular structure causing them to dissolve and become mobilized fulvic complexes. Fulvic acid usually carries 70 or more minerals and trace elements as part of its molecular complexes. These are then in ideal natural form to be absorbed by plant roots and interact with living cells. Plants readily absorb high amounts of fulvic acid, and maintain it in their structure. In fact it has been discovered that these fulvic acid complexes are absolutely essential for plants to be healthy, and the same is true of animals and man.

Microbial action
We know that ancient plant life had ample fulvic acid as is evidenced by the exceedingly rich and unusual deposits that are located in various areas of the world. This fulvic acid in these deposits came from massive amounts of vegetation and its further decomposition by microbes. Fulvic acid is then a naturally occurring organic substance that comes entirely from microbial action on decomposing plants, plants themselves, or ancient deposits of plant origin.

Fulvic acid is lacking in food crops
It seems obvious that most of the plants and food crops of today would also contain adequate amounts or at least some of the miracle fulvic acid and its related mineral complexes, but few do. As human beings it would be reasonable to assume that we should be consuming fulvic acid complexes in the plants we eat, and consequently have fulvic acid in our systems. It is obvious that this is the way nature intended it. But this is not the case, nor has it been for a long time.

Our soils are sick from poor agricultural practices, pesticides, chemical fertilizers, erosion, and mineral depletion, as well as sterile conditions that prohibit microbial activity. Because of this our plants are sick, containing very little nutrition, especially minerals. For generations adequate fulvic acid that should have been contained in the plants we eat has been missing from our diets, yet it is essential for our cell metabolism. Scientists have found that nutritionally we need 90 different nutrients in our diets. Over 60 of these are minerals and trace elements. We are simply not getting them today from the plants we eat.

Re-mineralization of soils would be of little benefit without microbes, the fulvic acid they produce, and return to better farming practices. Re-mineralization of our bodies without the fulvic acid that should be contained in the plants we eat, has proven just as useless. People are sick with degenerative and deficiency related diseases now more than ever. With fulvic acid supplementation and return to proper diet and farming practices these situations have the potential to be remedied.

Fulvic acid in science and medicine
Fulvic acid is still not well known or understood by most of the scientific or medical community. Fulvic acids have not been able to be synthesized by chemists, and are unable to be clearly defined because of their extremely complex nature. This perplexity warrants little opportunity for science or medicine to exploit fulvic acid, or profit from new patents. Historically, traditional medical claims of encouraging health benefits have been simply remarkable. Many of these health assertions have also shown that fulvic acid is disease preventative in nature and may dramatically increase longevity. The health benefits seen to this point demonstrate that fulvic acid potentially poses a substantial threat to the future of pharmaceutical companies, medical doctors, and health professionals. Until recent, fulvic acid has been entirely overlooked or misunderstood.

Benefits of Fulvic acid
Some scientists have recently been studying fulvic acid, and have come up some amazing facts. They tell us that fulvic acid is the finest electrolyte known to man. It assists with human enzyme production, hormone structures, and is necessary for the utilization of vitamins. It has been found to be essential to living cells in carrying on metabolic processes. It maintains the ideal environment for dissolved mineral complexes, elements, and cells to bio-react electrically with one another causing electron transfer, catalytic reactions, and transmutations into new minerals. It is also the most powerful anti-oxidant and free radical scavenger known. It has the unique ability to react with both negatively and positively charged unpaired electrons and render free radicals harmless. It can either alter them into new useable compounds or eliminate them as waste. Fulvic acid can similarly scavenge heavy metals and detoxify pollutants. Fulvic acid helps to correct cell imbalances.

Fulvic acid, a hidden treasure
A water solution can contain much higher mineral concentration when dissolved into fulvic acid than it could otherwise hold. It is most important to realize that fulvic acid is natures own perfect vehicle for transport of minerals to living cells. This is because fulvic acid bonds with minerals and other molecules and transforms them.
Since fulvic acids are formed by decomposition of once living matter, fulvic acid contains hidden treasures of the past, in the perfect plant form, in nature’s own recycling process. Mineral, metal, and trace element complexes with fulvic acid become an additional bonus to the miracle of fulvic acid. These fulvic complexes are hundreds of times smaller than living cells, and are amazingly absorbable by them. It is most important to know that fulvic acid has the unique ability to enhance, potentiate, and increase absorption of many other compounds such as vitamins, herbs, minerals, tinctures, and foods with which it is combined. Fulvic acid is one of nature’s miracles of unparalleled proportion.

END_OF_DOCUMENT_TOKEN_TO_BE_REPLACED

Can My Horse Read My Thoughts?

END_OF_DOCUMENT_TOKEN_TO_BE_REPLACED

Hot Summer Days and Your Horse